During lockdown 1.0 (which feels exactly 472894790 years ago), I began studying an ‘at-home’ psychology course to better understand the human mind and the way we think, because as communicators this is fundamentally important to our practice, and it’s pretty instrumental in doing a good job on behalf of our clients too.

I picked up plenty of interesting facts during the time studying for my diploma and have very recently had the chance to observe that in real-time. As, once again, John Lewis has released their highly anticipated Christmas ad, only to be met by a level of criticism that can be said have grown exponentially year on year.

So why have we gone from loving these famed campaigns to being bitterly disappointed by them? Here’s what I think.

The Rise & Fall Of Iconic Ads

Critics haven’t held back when it comes to the new John Lewis ad (which, in my opinion, actually carries a pretty sweet message and is perfectly adequate for a Christmas campaign). It’s been described by viewers as “underwhelming”, “boring”, and “below their usual standard.” But we wouldn’t say this about every festive ad that dons our TV screens during November and December, would we? So why do we probe John Lewis just so much?

Expectations Are Too High

The elephant in the room, and it doesn’t take a psychologist to tell you this, is that our expectations are simply too high for John Lewis. We all have our favourite Christmas ad of theirs, which oftentimes tends to be one of the first we ever seen. We were impressed by it, and we crave that feeling again. When the business doesn’t deliver, we’re disappointed. John Lewis were truly on to something golden when they near enough monopolised the Christmas advertising industry for a time, but we have to accept that they simply can’t retain that level of amazing content forever.

Not to mention, other brands are upping their game too. In a nutshell, we expect too much of John Lewis, and therefore our expectations not being met translates to disappointment, typically on a bigger scale due to this ad being ‘the one’ that we look forward to the most.

I believe that when we start cutting John Lewis more slack, when we stop craving so much from them, and if we recognise, as many have been saying this year, that their “best days are behind them”, then maybe (just maybe) we can allow ourselves to be pleasantly surprised once more.

With great power, comes great responsibility. And though John Lewis positioning themselves as one of the big brands of Christmas is unarguably a good thing, it also has its cons too. For example, every year the ads are critiqued more than most, which is why viewers are often left disappointed like I mentioned just above. But not only this, they’re also far more visible than most competing content.

Every year of late, there’s been opposition to John Lewis’ epochal Christmas ad, this year – UK alt-folk duo The Portraits have claimed that the corporation copied their record that was initially produced for charity last year, without their permission. Do you think this would have made headlines if the brand wasn’t so prominent for its Christmas campaigns? All of these stories work to damage a brand’s reputation.

And though in the grander scheme of things, this isn’t nearly enough to impact the legacy that John Lewis has built for itself – thanks in a large part to its festive traditions – it certainly doesn’t do them any favours.

Some Brands Do It So Well, We Can Never Hate Them

To put it simply: John Lewis is undoubtedly one of the big names of Christmas, but only on the premise that they produce a showstopping ad campaign year on year. Why don’t we expect that from the likes of Coca Cola, who are another flagship brand of the festive season?

Well, that’s because thanks to clever marketing by Coca Cola (the same company that gave their design team a brief to make the bottle recognisable without a label once upon a time, which was achieved with commendable success), our brains link the brand itself to the festive season, as opposed to a specific campaign. Fun fact: this brand was actually instrumental in turning Santa Claus’ outfit red. Before the drinks brand got involved, he donned a green suit! The Coca Cola truck doesn’t change, its reliable and safe, and we trust it. I know I’m not the only one who judges when I can start feeling festive, by when I first see this iconic ad. As humans, we love this feeling, we find it comforting. That’s why Coca Cola, to many of us, is at least partly the face of Christmas. 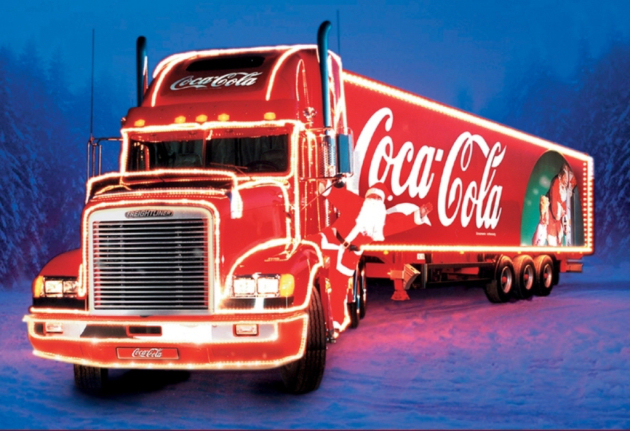 If we are to experience change, we want to be impressed by it. So, John Lewis made a rod for their own back, so to speak. By producing a number of amazing Christmas advertisements back-to-back, we got used to being impressed by them every year. Their legacy will only last as long as they keep sharing content that surprises and delights us.

That’s the difference between these two Christmassy giants.

So, What Can We Learn From This?

Why The Underdog Always Wins

Where once, the archetypal John Lewis ads ‘won’ the Christmas campaign battle every year, now it seems they’re falling at the post when pitted against newcomers, and big brands with new ideas. Why? Because as humans, we love to be surprised and delighted. We expect John Lewis’ ads to do well, so that becomes less interesting to us. 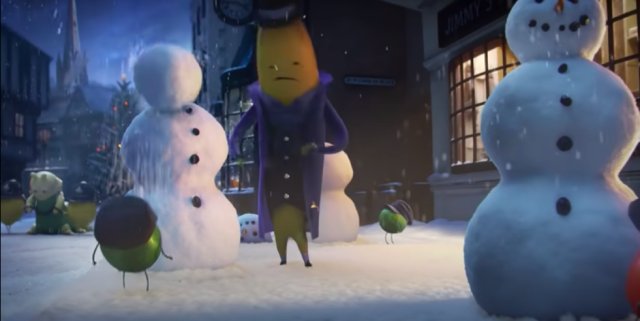 When a company comes along with something unusually charming, it piques our interest. This year, Tesco’s ad which depicts Santa swerving quarantine rules due to having his Covid-19 pass ready and waiting at border control, along with Aldi’s new Kevin The Carrot ad which takes a neat dig at supermarket rival M&S, seem to be more popular. If this doesn’t prove what I’ve said above, then I don’t know what will!

What Can Smaller Businesses Do?

The lesson to take from this, is that content that surprises and delights always keeps your customer and your stakeholders interested and engaged. Switch it up every now and again, share new things and messages from your business that you haven’t before. As humans, we like to feel ‘amazed’, and I believe every brand can achieve this one way or another. Maybe not on the same scale as John Lewis, but every business has someone to communicate too. And if you need support in doing so, please do contact our lovely team, we’re always happy to help.

Photo by RODNAE Productions from Pexels