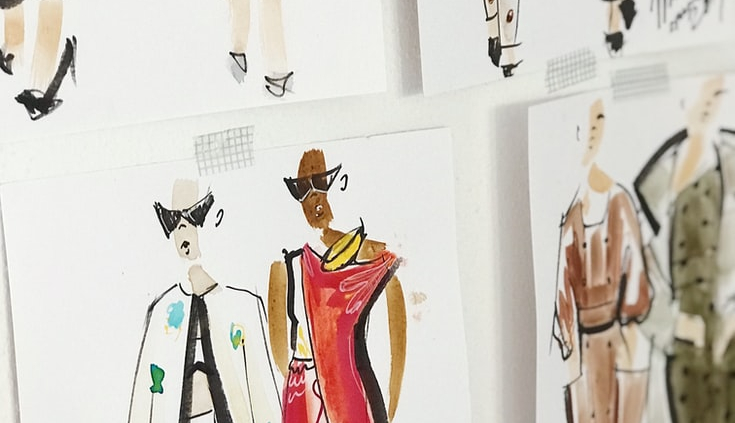 If you’re still not entirely sure what an NFT – or a non-fungible token – is, it’s time to brush up on your vocab, because it’s a term that isn’t going away any time soon.

The concept emerged as early as 2014, but exploded in popularity and in the public consciousness last year – and has only continued to gain traction. NFTs are essentially monetised graphics that buyers mostly purchase with cryptocurrency. One of the most popular images that you might have seen on Twitter and beyond right now feature the ‘Bored Ape’ in its varying formations: wearing different clothes and accessories, even pulling different expressions. (The fact that this art style is inarguably ugly hasn’t stopped everyone from Eminem to Post Malone from buying one, and then changing their Twitter avatar to their new purchase).

The reason that NFTs reach so many headlines is partly due to the sheer cost of them. The average price is around $200,000, according to the Boardroom, with Bored Apes alone accounting for $1bn in transactions so far. 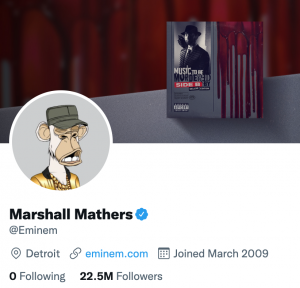 But it’s not just the cost that has people up in arms. As mentioned, the graphics are mostly bought with cryptocurrency, including Ethereum.

Here’s an explanation from The Verge: “To keep financial records secure, the system forces people to solve complex puzzles using energy-guzzling machines. Solving the puzzles lets users, or “miners,” add a new “block” of verified transactions to a decentralized ledger called the blockchain. The miner then gets new tokens or transaction fees as a reward.”

This ‘mining’ of the currency uses a huge amount of energy in order to power the computer systems that harbour it. To put this into perspective, it’s estimated that Ethereum alone is currently using up as much electricity as the entire country of Libya. That’s a lot of energy expelled for a currency that cannot be physically touched – to buy an artwork that is only available digitally. 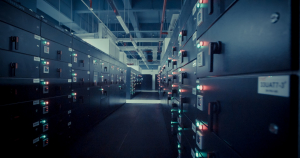 So, why are we talking about this?

Because it’s not just digital artists trying their hand at the current craze: brands have also been hopping on the trend of producing NFTs. One-off digital art pieces have been produced for companies such as Nike, Clinique, McDonald’s and Ray-Ban.

It certainly make sense, economically, that a business would venture into such a lucrative trend. But with the controversy that comes attached to NFTs, is it really worth the trade-off?

According to L’Officiel, for this collection, “great efforts were made to reduce the carbon footprint during the manufacture and transportation of these parts.”

However, earlier this month, Balmain teamed up with Barbie for a collaborative collection of NFTs, which feature the iconic doll wearing Balmain clothes. 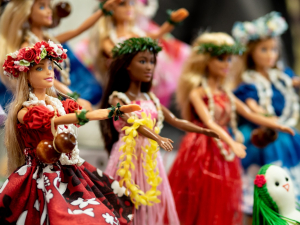 What Does This Prove?

It goes without saying that a company truly wanting to reform its carbon footprint, make serious strides into sustainability and help with the fight in climate change would avoid NFTs like the plague.

From a purely PR perspective, sending mixed messages is a sure-fire way to confuse and alienate your audience. Those who are interested in crypto and digital art might rejoice at the opportunity to purchase the NFTs: but others who may have celebrated Balmain’s move to more sustainable fashion will no doubt be left wondering if their previous aims were a surface-level attempt, driven by the recent push by consumers for companies (particularly those in the fashion world) to look closely at their practices.

Whether NFTs will be a passing fad or a new, long-term way of creating and dealing art is another question. The Guardian describes Bored Apes as ‘about ego and money, not art.’ Considering the standard of the art itself, and the number of millionaire celebrities that are lining up to buy them, there might be some truth to this claim.

But in the event that this digital art becomes more accessible, normalised, and even affordable to the average consumer, brands need to assess carefully whether they want to continue their creation of NFTs – or if they’re going to uphold their word regarding sustainable practices. If not, they might find themselves having to answer some very difficult questions from a consumer base soon to be populated with the ‘sustainability generation.’