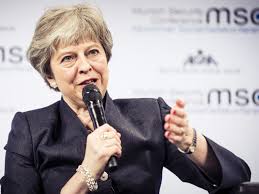 Anyone who’s been involved in media training or been interviewed on TV or radio has probably been advised to focus on three or four key messages to ensure that they get their point across.

Fair enough, and there’s no denying that is some pretty sound advice, particularly if there is the potential for the interview to become complex or to be pulled in different directions.

There is however one problem, and that problem has been beautifully highlighted by someone who should quite frankly know better.  Our esteemed PM.

She could be accused of running perhaps the worst political campaign this century when she squandered a 20 point lead in the polls, to nearly lose the General Election to an opposition that many had predicted would be wiped off the political landscape.

So, what went so wrong? In my view it was the over use of the ‘Strong and stable leadership’ message.  People started counting the absurd number of repetitions and it was not long before the memes started and social media undermined the message – along with the robot like delivery.  I believe Ikea even used it in their advertising along with a picture of the PM seated at a desk with the caption “strong and stable” shelving.

Theresa May, and many of her ministers, forgot one of the most important elements of an interview and that’s to add some personality and dynamism if you’re looking to attract support and get people to back your cause.

This is not meant to be a party political broadcast for any party or policy, but I fear that she’s falling into the same trap when looking to secure the votes needed to deliver on her Brexit proposals.

Let’s keep an ear out for how many times she says; “It’s a good deal for our country that takes back control of our borders, laws and money…”.  We have less than a fortnight before the ‘meaningful vote’ so no doubt plenty of time to be driven mad by the repetition.

If she wants the message to cut through she will need to not just repeat it like a small child on a drum kit, but instead install confidence and support through her body language, confidence in her convictions and even tone of voice.

If not, she’ll run the risk of only ever beings seen as ‘May-bot’ who is good at reciting messages but misses the bigger picture.

Looking to develop your communications strategy or develop messages? Get in touch and let us help you through the process.