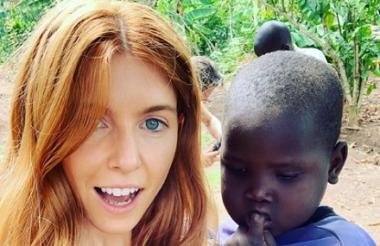 This is illustrated in criticism of Red Nose Day and Stacy Dooley’s work in Africa by David Lammy MP. Although a little harsh, particularly when he’s been called out for not doing enough himself to support communities in Africa, it does open the debate on how charities need to move on from relying of pushing people into ‘guilt transactions’ as they sit down on a Saturday evening to watch Red Nose Day’s entertainment or other similar programmes.

As with most effective PR, if your campaign can take the audience with you on the journey you secure greater and more long term buy-in.  People believe in, follow and talk about the change they feel needs to be made rather than just reaching for their spare change.  Not dissimilar to the old adage that if you give a man a fish you will feed him for a day, but that if you teach him to fish you will feed him for life.

Digital communications are also playing an increasingly important role.  Just look at the success of campaigns like the ‘Ice Bucket Challenge’ or Movember which dominated social media for months.  This illustrates what can be achieved by engaging with the audience and taking them with you.

The charity sector is one of the most competitive with each organisation looking to secure their share of money for their worthwhile causes.  Put simply, there are more than 180,000 charities in England and Wales and those that don’t run a planned PR programme will struggle to raise awareness and subsequent funds.