June is Pride Month, the famous rainbow flag designed by gay rights activist Gilbert Baker in 1978 (and its updated variations) is flying high at the moment. From football clubs to entertainment channels, car companies and news outlets – where not so long ago the very idea of a corporation supporting LGBTQ+ rights would have been unheard of, let alone expected – displaying the flag in solidarity for Pride Month now seems to be the norm for businesses.

And we think that’s great!

Spreading the message of support and inclusion, not only for LGBTQ+ employees but also for those falling under the umbrella everywhere, is a simple but progressive gesture that helps those individuals feel assured, included and seen. At the very least, it’s a symbol of solidarity: and after decades of discrimination and ignorance, it’s an incredible U-turn.

Pride Month is a little like the BLM movement (which we wrote about in a previous blog) in the sense that any corporation, company and person, by pledging their support of it, is, technically, making a “political statement.” That doesn’t mean it’s inadvisable, but it is fairly new territory. In a now-bygone era, political statements were avoided by most companies as so to not discourage anyone from purchasing their product or service. There are exceptions: companies like Ben & Jerry’s have always interwoven politics thanks to the strong views of its founders.

But is providing overt support to LGBTQ+ once a year designed to truly make employees feel supported, or is it simply something others have coined ‘rainbow-washing’? I.e., appealing to a particular demographic, while doing nothing of substance that might tangibly improve their experience in the workplace. There’s also the question of exactly which movements, charities or awareness days accompany should actually support: and, in the case of clapping for the NHS, or taking the knee at football games, who dictates when the gesture should begin and end? 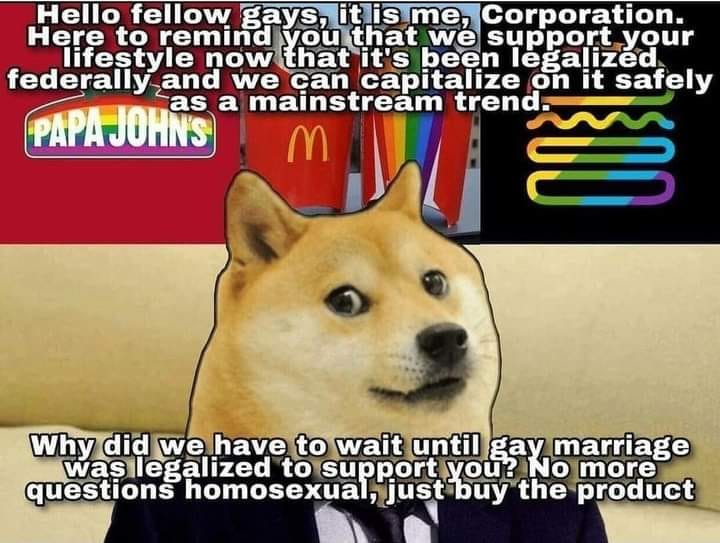 A meme relating to ‘corporate pride’

In my view, there’s no right answer to this. The right to visibility, without fear of discrimination, has been fought by LGBTQ+ activists for decades, so surely a swathe of rainbow flags and pledges to ‘equality’ from corporations is just another sign of the times? Surely well-meaning (if empty) gestures are better than the previous alternative. There’s also the obvious issue of homophobia, which has by no means been eradicated from society, despite the legislation that means workplaces are not allowed to discriminate based on sexual orientation. A prejudiced person might feel put off by the overt display of solidarity towards LGBTQ+ people a company displays, thus ensuring the message has got through.

But how much a company actually does for LGBTQ+ people is another matter entirely. It’s all well and good to change your logo and release new products with the Pride theme, but do your employees actually feel safe from discrimination? Are you inclusive of LGBTQ+ people all year round, or just in June? And is your brand only marketing pride within territories in which it’s a much less controversial move to do so?

Brewing up a storm

Another key question to ask is, does a culture of fear and silence exist behind the veneer of a progressive, inclusive branding? Companies such as Brewdog have been tarnished with allegations from a group of former employees, Punks With Purpose, of having a “rotten culture,” giving weight to “sexist and misogynistic brewers”, and were alleged as “becoming a lightning rod for some of the worst attitudes present on both the internet, and in real life.” Whether or not these accusations can be taken at face value (though the letter was signed by more than 60 employees), it’s certainly not the look Brewdog have hoped to project. The IPA company has released both Pride and Pink IPAs in the past, aimed at those celebrating LGBTQ+ rights and the movement of feminism. Yet, according to these allegations, their own employees have suffered discrimination, ‘genuine safety concerns’, not to mention ‘assault’ and ‘gaslighting.’ Brewdog are, in a way, an easy target thanks to their prominent online presence. It’s likely that dozens of similar companies exist this way, whose employees have not, or cannot, voice their concerns to the media. 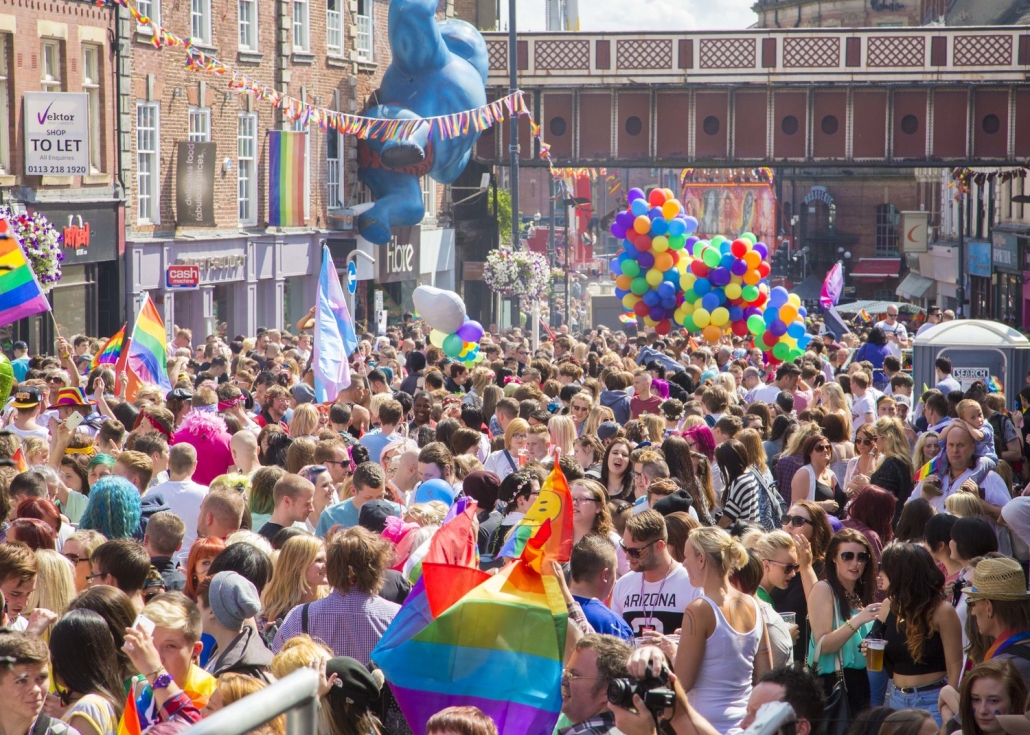 So, what’s the takeaway from all this? Well, ‘good PR’ (which we are experts in!) is best generated when there is a coherent and clear message from your business. And from making tangible differences as opposed to being all talk. If employees and higher-ups are on completely different pages, that’s going to bode badly for your reputation, no matter how much CSR you output. Just look at the Brewdog situation. You might get a headline from a product marketed towards a marginalised group, but if your business is beleaguered with negative reviews expressing how awful and toxic the environment is to work in, that’s not exactly going to work in your favour.

As we know, how your employees feel about your business will do wonders for your reputation: and is a sure-fire way of having job applicants knocking down your door!

As ever, clarity, simplicity and honesty are your best bet. There’s no better way of doing that than, quite simply, practicing what you preach – if you decide to preach at all.

At Source, we’re experts in all things marketing, PR, and communications. If you’re in need of some advice, why not give us a call on 01829 72078, or get in touch with us via our Twitter, Facebook, Instagram or LinkedIn.