It’s no secret that it’s very hard to make adverts effective if they’re being broadcasted to a really wide audience, for your advertisement to be totally effective, it needs to be able to attract and maintain attention long enough for that engagement to be transferrable.

One way to snatch the attention of your audience was demonstrated perfectly recently by City to Sea, a brand devoted to bettering the way us humans treat the environment. First seen in cinemas just last week,  it draws attention to the environmental issue of flushing non-degradable wet wipes down the toilet. Totally impolite and boldly unapologetic, the ad was centered around an asterix that proclaimed itself “a talking assh*le”.

“Be A Good Assh*le” was its ultimate message. And what a good message it was!

Although climate change is finally getting a lot more airtime and attention, we still don’t doubt that if the advert wasn’t so impudent and surprising, it probably wouldn’t have been as recognised as it is. But, because of the crudeness, and because of the unaccustomed nature of its content, this cinema ad has exceeded expectations… Sparking debate far further than the cinema seats of its viewers. Already, talk has begun on social media – which is only spreading the message wider and wider.

Ultimately, caring for the environment is a really important message. We’re really glad to see that this brand took a risk to promote the message that flushing wipes down the loo that aren’t degradable is really, really bad for the environment.

You can’t deny that the risk they took really did pay off.

Their message was frank and impenitent – is this the best way to be?

Is Taboo Advertising The Way Forward?

We cant deny that the intrepid nature of the “Be A Good Assh*le” advert worked a treat in this circumstance. It’s reportedly had audiences in fits laughter and has sparked a good old conversation on Twitter.

However, is this a tactic all brands should adopt as we move forward in a world that’s ever less-receptive to advertising? One that’s always demanding originality and creativity?

Well, as with anything, we’d say that this is certainly a method that cannot be overdone. Much like a lot of things, if you use this one time and time again, it’ll decline in effectiveness. The be-all and end-all is that this advert was surprising, and it had the shock-factor. If you try and use it as inspiration for your own content, it’ll likely not have the same effect the second time round.

Not that this is the first time anyone’s ever sworn in an advertisement, mind. It’s just the first time we’ve seen it done with such brashness in a long time.

Furthermore, being taboo doesn’t sit well with everyone. We’d be inclined to believe there’d be a large proportion of the population who wouldn’t appreciate this kind of thing, who would see it as crass and inappropriate. As with any time you’re bold and daring with your marketing, you’d definitely be taking a risk to deploy this idea. There are some brands this kind of marketing simply wouldn’t gel with, for sure. You need a brand that’s really quirky, unique and quite unapologetic. For example, we could imagine brands such as  Innocent Smoothies and Ben & Jerry’s rolling with this kind of advertising and it working, other more luxury brands, such as Harrod’s for example, we couldn’t.

Here at The Source, we represent a wide range of brands from both B2B industries and B2C. For some of our clients, this idea wouldn’t work for them because it doesn’t suit their brand at all, for others, it might just.

This being said, for any brand, the message learned is that creativity always wins. The best ideas are those that are rooted within, and that aren’t necessarily taken from others.

This post originally appeared on, Jessica Pardoe – one of our PR Executive’s – blogs. You can find that post here. 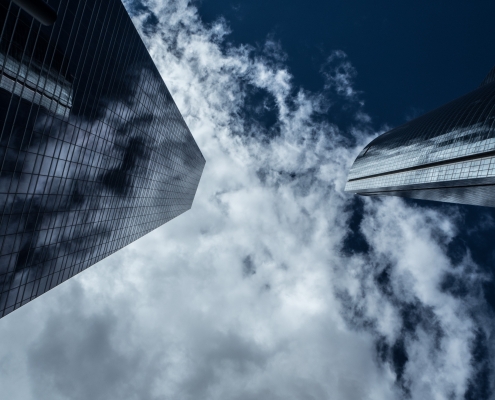