The show isn’t for everyone: it’s action-packed but ultraviolent, and, despite moments of light-heartedness, can make for heavy watching. Despite this, it’s become a worldwide phenomenon – and it’s little wonder businesses are hopping on the trend wherever possible.

However, as ‘Squid Game’ is a very clear critique of what show creator Hwang Dong-hyuk describes as the ‘extreme competition’ of ‘modern capitalism’ – which has strong echoes of ‘Parasite,’ the South Korean Oscar-winning film by Bong Joon-ho – a misjudgement may have been made by some marketing teams on exactly what the appeal of Squid Game is: and, crucially, why their product might not be apt for a themed campaign.

Below, we’ve put together the good and the not-so-good ‘Squid Game’ campaigns…

Food websites and bloggers alike have jumped at the opportunity to provide recipes for South Korean food featured in Squid Game. This include Delish’s recipe for Dalgona Candy, used in Episode 3 of the show, a simple but effective way of catching the attention of those looking to try the sweet treat. There’s also Kcal, a Glasgow-based restaurant that has come up with its own Dalgona-inspired pancakes: if you can cut the shape out using only your knife without breaking it, they’re yours for free! We think this is a genius way of involving the fun in their food – and definitely less dire consequences than in the show…

Along with the ‘Good’ are the extremely cute Squid Game pet costumes on Etsy – which come in both contestant and guard form. As any pet owner knows, some of our furry friends are bloodthirsty enough, so it’s more than fitting to have them join in the fun…especially as Halloween is right around the corner. 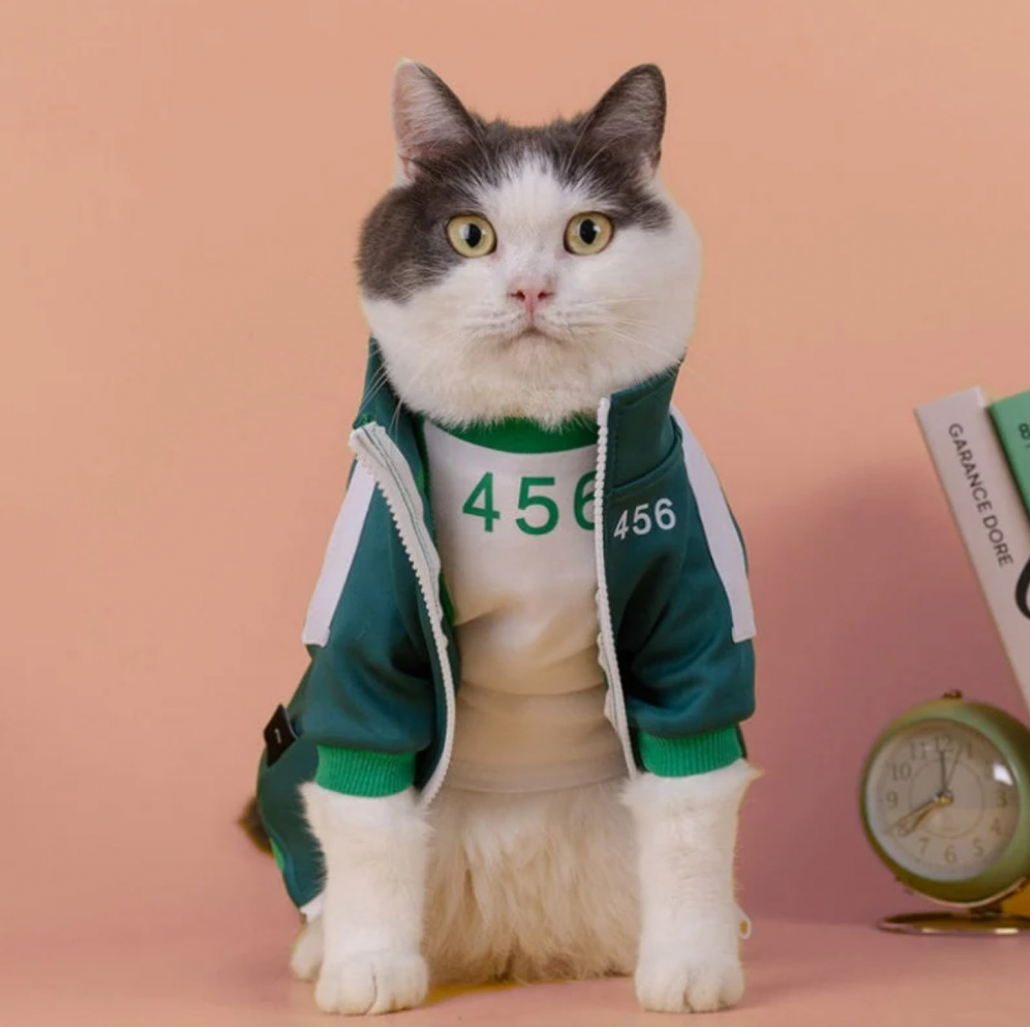 Heineken’s use of the star in its logo is also another inventive and interesting way of hopping on the bandwagon; similarly, competitor Budweiser imposed their logo into a Dalgona biscuit (not quite as ingenious, but some quick thinking nonetheless).

There’s also debt management company Relief, who used the craze to print and distribute 10,000 lookalike business cards that have the now-infamous shapes across the front of the card. On the back reads: ‘There’s a better way to get out of debt.’

No matter how successful it may be, the nature of a TV craze like ‘Squid Game’ means that it’s a flash in the pan moment – here today, gone tomorrow – meaning brands have to think on their feet to come up with a campaign both fitting and eye-catching.

This sometimes can, unfortunately, mean that companies don’t take enough time to correctly judge the tone and meaning behind exactly what’s got the public in a frenzy about a certain piece of media. Which brings us on to…

With ‘Squid Game’ being a show about characters crippled by debt – the very reason they sign up to the game in the first place – there couldn’t be a more inappropriate campaign than by Klarna, the payment company that allows users to pay in instalments.

The company was fired at on social media after sending out a push notification offering customers to pay for ‘Squid Game’-themed costumes…in instalments. This controversial system of payment has also recently been under fire recently after a Facebook advertisement for Zilch went viral: a company that provides instalment payment plans for takeaways such as Domino’s and Papa Johns.

It doesn’t take a genius to realise that the idea of promoting this kind of app, in association with a show that depicts debt problems as so debilitating that desperate individuals would choose fighting to the death rather than overcoming it, is a bit of a misguided move.

Though Klarna does not charge fees or interest to users, it has been compared to payday loan companies for its encouragement of overspending. According to the Guardian, ‘The debt charity StepChange says it has an increasing number of clients who have money owing on “buy now, pay later” (BNPL) among their debts when they turn to it for help. Klarna is easily the largest BNPL player in the UK market.’

It’s a no-brainer: though it might take a bit more time, ultimately, weighing up whether or not your brand actually fits in with the latest viral craze or not is far more beneficial than a temporary hop on the bandwagon that might get you into hot water. It’s tempting to fire at all cylinders in accordance with the online chatter, but, as Klarna have found, that’s not always the wisest move.

My colleague Jess recently wrote a blog debunking the myth that you’re only as good as your last 30 days of PR. In it, she suggests that the pressure of hopping onto trends may lead to only half-hearted efforts – and, crucially, that the best campaigns always take a bit of time. And that’s ok.

At Source, we’d love to help you and your business with all things marketing, digital and PR. Head to our contact page or drop us a line on 01829 720 789 today to speak to one of our team.