There’s nothing better than a clever, well-executed, and tasteful co-marketed collaboration. For example, when Adidas started working with Kanye West’s Yeezy clothing brand to produce some extremely choice trainers, the German firm hit the jackpot.

Not only did Adidas have an all-new line of exclusive and incredibly desirable trainers, but it could employ an icon of 21st-century pop culture in Kanye West to co-market them.

As a result, Yeezy trainers are in shoe shop windows across the world, and Adidas increased the desirability of its products.

However, for every good example, there are a few bad ones. What happens when a seemingly awesome co-marketed collaboration goes south? Well, let’s find out. 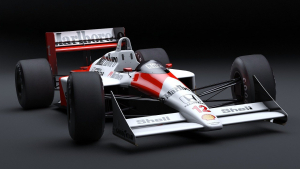 After the 2014 Formula One campaign, McLaren was in the market for a new engine supplier. Coincidently, Japanese car manufacturer, Honda, was looking for a way back into the sport after a 6-year hiatus.

The two companies last worked together during the 1980s and 1990s, when Honda-powered McLaren cars, driven by the likes of Ayrton Senna, Alain Prost, and Gerhard Berger, won multiple championships.

As soon as the deal was signed, McLaren’s social media feeds were full of iconic images harking back to the partnership’s past successes, and fans were super excited to see the two companies achieve the same heights in the upcoming seasons.

However, despite successfully co-marketing the partnership on social media, it failed to deliver on track and, after multiple breakdowns and engine failures, the two parted ways and both brands’ legacies were tainted.

Fans soon started mocking McLaren’s decision to collaborate with Honda after the split, with many claiming the partnership was destined to fail and was just a poorly thought-through publicity stunt – not a good look. 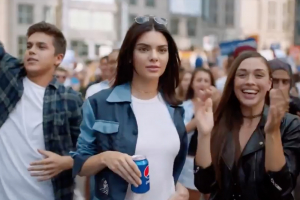 Jenner posing with Pepsi during the commercial

When I asked the team to name a bad example of a co-marketing campaign, there was one that immediately sprung to mind.

The popular soft drink company Pepsi has had some fantastic campaigns in the past. Take some of the popular collaborations with world-class footballers, like Lionel Messi and David Beckham, for example.

These adverts would show them playing keepy ups with a Pepsi can or shooting at them from miles away. All of the stunts on display sort of implied that, after just one can of the fizzy beverage, you too could bend it like Beckham. Pretty cool, right?

Jenner is shown modeling when suddenly, a Black Lives Matter protest campaigning against violence passes through her shoot location. One of the protesters then invites her to take part, so Jenner skips over to join the march and picks up a can of Pepsi along the way.

Viewers weren’t struck on the commercial, and many complained that the ad was mocking the Black Lives Matter and anti-violence message thanks to some seriously confusing co-marketing and gesturing from Jenner. 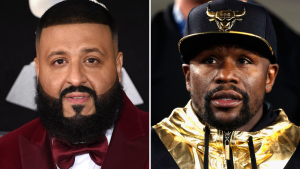 There’s nothing like a bit of risqué co-marketing is there? Boxer, Floyd Mayweather, and musician, DJ Khaled, were ridiculed after they’d been collaborating with the illegal company, Centra Tech, that sold cryptocurrency.

Centra Tech’s founder was later found guilty of fraud in 2018, and the two celebrities were left with dinted egos. Just goes to show that you can’t trust anyone these days, even your icons!

So, there you have it. Some examples of shoddy co-marketing for you to cringe at.

At Source, we know a thing or two about working with other marketers to create effective campaigns, and how they can work best for you and your businesses. Give us a call today on 01829 720 789 to talk to one of our experienced team members.